Israel’s Prime Minister Yitzhak Shamir poses for a portrait in Jerusalem in this September 30, 1988 handout photo obtained by Reuters from the Israeli Government Press Office (GPO) on July 1, 2012. Shamir, the hawkish Israeli leader who two decades ago first balked at U.S. calls to trade occupied land for Middle East peace, died on Saturday after a long illness. He was 96. REUTERS/Yaacov Saar/GPO/Handout (JERUSALEM – Tags: POLITICS OBITUARY) FOR EDITORIAL USE ONLY. NOT FOR SALE FOR MARKETING OR ADVERTISING CAMPAIGNS. THIS IMAGE HAS BEEN SUPPLIED BY A THIRD PARTY. IT IS DISTRIBUTED, EXACTLY AS RECEIVED BY REUTERS, AS A SERVICE TO CLIENTS. ISRAEL OUT. NO COMMERCIAL OR EDITORIAL SALES IN ISRAEL 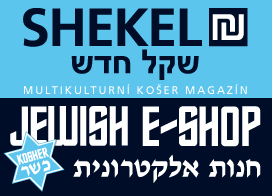