Danny John-Jules (* Sept. 16th 1960 London), whose real name is Daniel John-Jules, is a British actor and dancer. He became famous as the Tomcat in the British sci-fi series Red Wharf. Also his single Tongue Tied of the same series was very successful – it was one of the Top Twenty of theUK Singles Chart. He visited Czech Republic at the end of 2011 and met his Czech fans on the con Fancity.

Hello Danny, I´m glad that you agreed to answer my questions! We met when you were making Blade 2 in Prague, the time I had the greatest job of my life. I was working with American prosthetics and I was puting vampyre teeth to the mouths of all the characters but Snipes. I´m proud to have this in my CV!

As for the first question: What could you say about subvencies for the British movie makers? As for Czech Republic, the donations do not depend on the quality of a movie, but on the fact if the director is a friend of the gouvernement members.

In UK the movies being made are predominately by people who “Went to the right school“. Oxford and Cambridge. We call them“posh“. A working class person in the arts has a much tougher time trying to get funding because the people in power are from the same background.

I can quote my brother in law – he said, during the Blade 2 making, that a director of an American movie has 10 people for his disposal when he needs, for example, an iron tube to be taken from a point A to a point B. Is that true in UK as well?

When you have money you can buy as many `slaves‘ as you like.

Our readers probably know you from the luxury sitcom Red Dwarf. How many parts it had, how long time it took? Is there any additiona shooting  planned for future?

There is a new series being filmed later this year.

During the shooting of Blade 2 you started to call me „Bad Boy,“ making it my nickname for all the colleagues. I was brokenhearted that time and I was smoking, trying to forget – in fact, I´m still trying to. Your music helped me a lot, the CDs you lended me (R. Kelly, Jaheim Ghetto Love and so on), I made illegal copies od approximately 20 CDs of yours and I´m still listening to most of them. Thank you for cheering me up in that hard times! What is your favorite music now? Could you, please, send a link of some You Tube song you like so that we could share it with our readers?

I listen to Lavinia J. You can hear it on Soundcloud.

Back to our kosher web Shekel.cz! Do you face any problems connected to Islam in Britain? What is your opinion about this religion?

I have no problem with ANYONE. I stay away from trouble makers.

What do you think about the recent incident in France?

From what I can see, hypocricy is the biggest crime being committed around the world. It is breeding hate. For instance, If you are whipped as a slave, your entire circle will hate the `Overseer‘ because it is unjust. Then his decendents will tell the family of the slave to forget the past`or stop playing the race card`. Insult to injury as we say.

Are you making any new movies right now?

I am in a show called `Death In Paradise`. I have also made my own hort fim `Bucky‘.

Do you have any religion? If I´m not too rude – do all people, including Black people, have the same God? Or do they pray to different Gods – Jewish, Muslim, Christian?

Black people are the same as white people when it comes to religion. I know black people who are part of all the religions you mention above and many more than those. But they are the least respected race in the world.

A man is not what he says, he is what he does‘. One must look in the mirror and ask one self, “What have I done to make this world a better place?“

As you already know, I never pre-judge anyone. I never asked you your religion, your sexuality, your hates or your likes. I never asked you about your broken heart because I only deal with a man as he deals with me. You are a decent man and I had no option but to be decent to you. I welcome all, but do not ask me to support anyone who doesn’t support the emancipation of ALL human beings.

I wish you the best, Danny! Every success! Thank you! 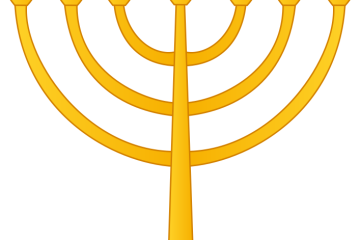